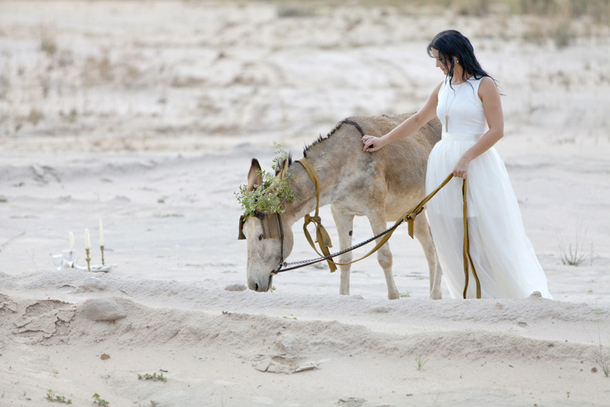 Time for something pretty! As you know, this month we’re focusing on natural beauty – getting back to basics, and taking joy in simplicity. Today’s bridal portrait shoot does just that, pairing a naturally neutral beauty spot with an uncomplicated white dress, elegantly simple flowers – and the cutest little donkey! Whoever said you shouldn’t work with children and animals clearly hadn’t seen this guy. Photographer Corette Faux and a small team of pros put this session together to inspire. END_OF_DOCUMENT_TOKEN_TO_BE_REPLACED 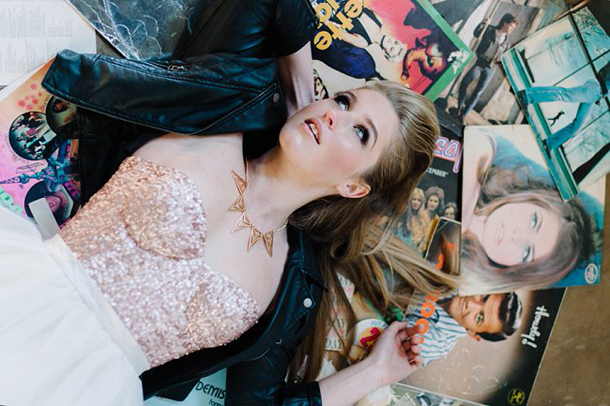 Am I ever glad to see Friday – it’s not been my favourite week, and I’m very glad the weekend is finally here. Especially since I’ll be working on the posts for next week’s SUPER exciting reveal of the styled shoot finalists. Wait until you see them! But first, we have a styled shoot of a very different kind. I love the creativity that Debbie Lourens always brings to her styled bridal portraits, and today’s is for a statement modern bride (with a bit of a love for retro). Together with Marnel Toerien on hair and makeup, she channeled her love of the ’80s into a funky rock the frock (literally!) session full of vinyl, glitter and alternative bridal style. Gorge. END_OF_DOCUMENT_TOKEN_TO_BE_REPLACED 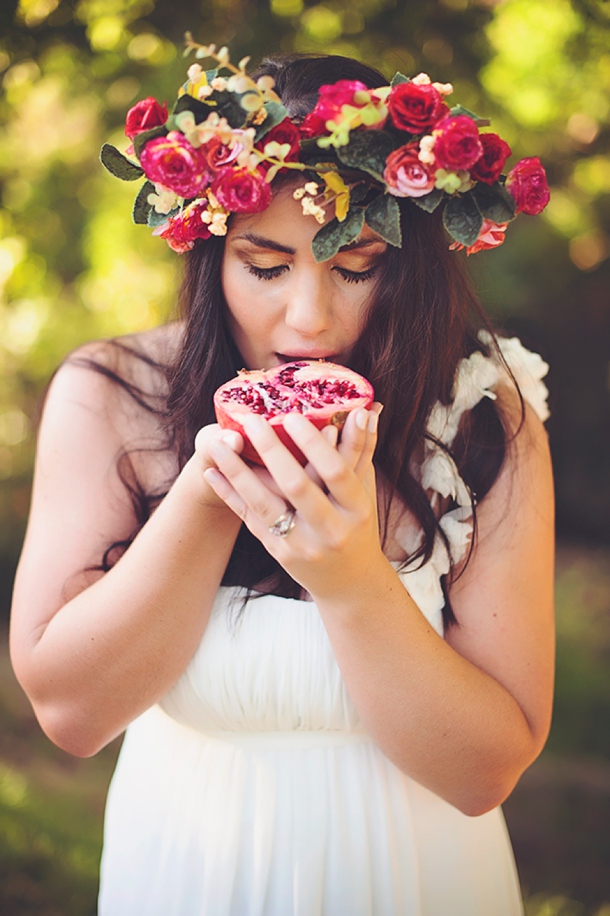 Afternoon, my lovelies! Time for some unusual and pretty inspiration, courtesy of Debbie Lourens, a Cape Town-based photographer. Debbie has a fresh approach to bridal portrait sessions for those brides who have approached her wanting to ‘rock the frock’. I am not always a huge fan of the so-called ‘trash the dress’ sessions as they CAN be tacky, but do I love the idea of a bride getting to wear her dress again and create something special and beautiful together with her photographer! In this case, Debbie was inspired by her own love of Greek mythology (which I totally share) to produce a shoot themed around the myth of the goddess Persephone. In case you’re not familiar with the story, it goes that Persephone (the daughter of Zeus and harvest goddess Demeter) was kidnapped as a young maid by Hades, god of the Underworld. Her mother, devastated, went searching for her, and eventually Hades agreed to allow Persephone to return to her mother, but first gave her a pomegranate to eat. When Demeter saw Persephone with the ruby stain on her lips, she knew that her daughter had tasted the fruit of life, and made a new home for herself. So a bargain was made. Each spring, Persephone returns to the world, heralded by flowers. Each autumn, she enters to the underworld, and as her mother grieves, the winter season comes. Lovely, isn’t it? And what a perfect inspiration for boho brides. END_OF_DOCUMENT_TOKEN_TO_BE_REPLACED