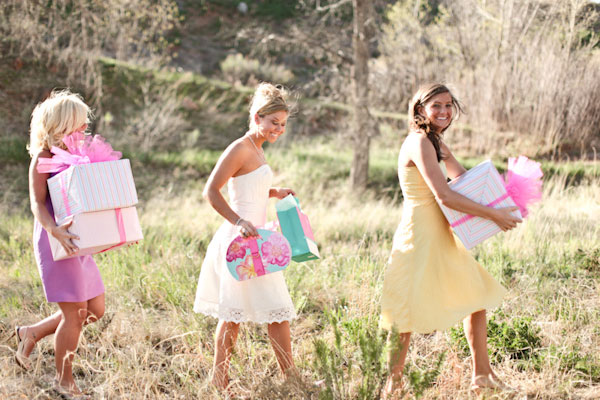 Happy Friday, lovelies! This post comes out of an email I received from a mother of the bride asking for a bit of etiquette advice in planning her daughter’s shower. Having come across some sticky situations with regard to the financial side of bridal showers and hen parties over the years, I thought it would be a good one to discuss. Because, let’s be honest, none of us like to talk about money, but it can cause all kinds of unpleasantness.

In talking etiquette, I find it really helpful to go back to the principles on which the rules are based. The key ones here are:

Hen Parties/Bachelorette Nights:
In general these days, costs for hen parties are broken up per head. Guests contribute the cost of their activities, their dinners, their drinks and, if it’s a weekend, accommodation and travel costs. It isn’t a hosted activity (although it may be organised by the bridal party) so this is generally acceptable. Gifts shouldn’t be expected. If there are decorations and goodie bags, the bridal party will usually cover these.

The single biggest mistake I have seen bridesmaids make is in getting carried away and organising a spectacular event that is out of budget for some (or even many) of the guests. I know you want to spoil the bride, but what will really spoil things for her is if nobody attends outside of the bridal party because they can’t afford it. NEVER make anyone who declines for financial reasons feel guilty. I’ve seen this done and it is the WORST.

Some organisers nowadays seem to expect the guests to not only pay their share but split the cost of the bride as well. I don’t like this, I’ll be honest. It’s a sweet gesture, but it should never be an obligation. Accept contributions when offered, and (if you do want to treat the bride) split the remainder between the bridal party.

Bridal Showers/Kitchen Teas:
The key difference between showers and hen nights (apart from the tequila shots, obvs) is that generally guests will be expected to bring gifts to a shower. For this reason, it is usually a hosted event. And what does that mean? Yup, that’s right – the guests don’t pay for themselves. The shower might be hosted by the bridal party or a friend of the bride or her family, often at their home, and the host provides food and refreshments, as well as décor. Depending on the budget, a shower can be as simple or as elaborate as you like, but a couple of cost cutting tips are to keep numbers low and to split costs between the bridesmaids. The MoB and the groom’s mother should never be asked outright to contribute financially, but if they offer, then it’s perfectly fine to accept.

The question of who hosts, is an important one. As I mentioned, a friend or bridesmaid is ideal. Generally, family members are discouraged from hosting, because it’s poor taste for someone to be seen to ask for gifts for their relation. Realistically, there will be times when a mom or a sister is going to want or need to do the hosting – follow what common sense dictates (but make sure that gifts aren’t mentioned, even though guests will probably bring them anyway).

But WHAT IF you’re planning a bridal shower in a restaurant? Should the host still pay? Well… this is where it gets tricky. Technically, yes. But I know in real life, it’s not always going to be practical. Ideally, if nobody is prepared to host at the restaurant or venue (and by host, I mean pay), then you should keep it simple and go back to the idea of a tea at a private home or limit the guest list. But another option is to sort of combine the idea of a shower and a hen night (co-ordinate the two if a hen night is already planned, so there aren’t two separate events that the same guests have to pay for). Plan it for the late afternoon (so it can go on into the hen party), take gifts out of the equation, and be sure to consider your guests’ budget when you choose the location as well as letting them know in good time what it will cost. Emily Post probably wouldn’t approve, but I think it’s a good compromise, and it takes guests’ expectations into account.

As I said, when in doubt, go back to first principles. Etiquette is based on respect and consideration, and if you can show that for your bride and the guests, then you’ve followed the most important rule of all ;) 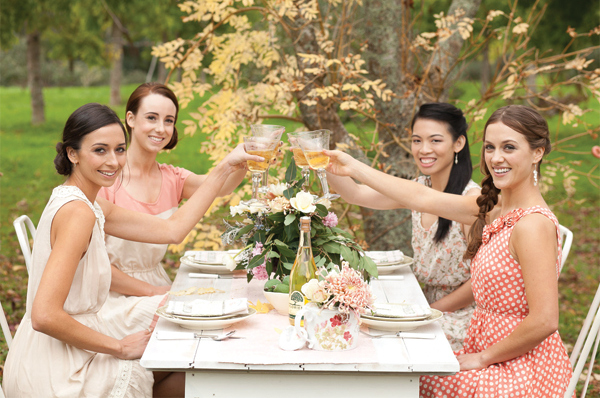