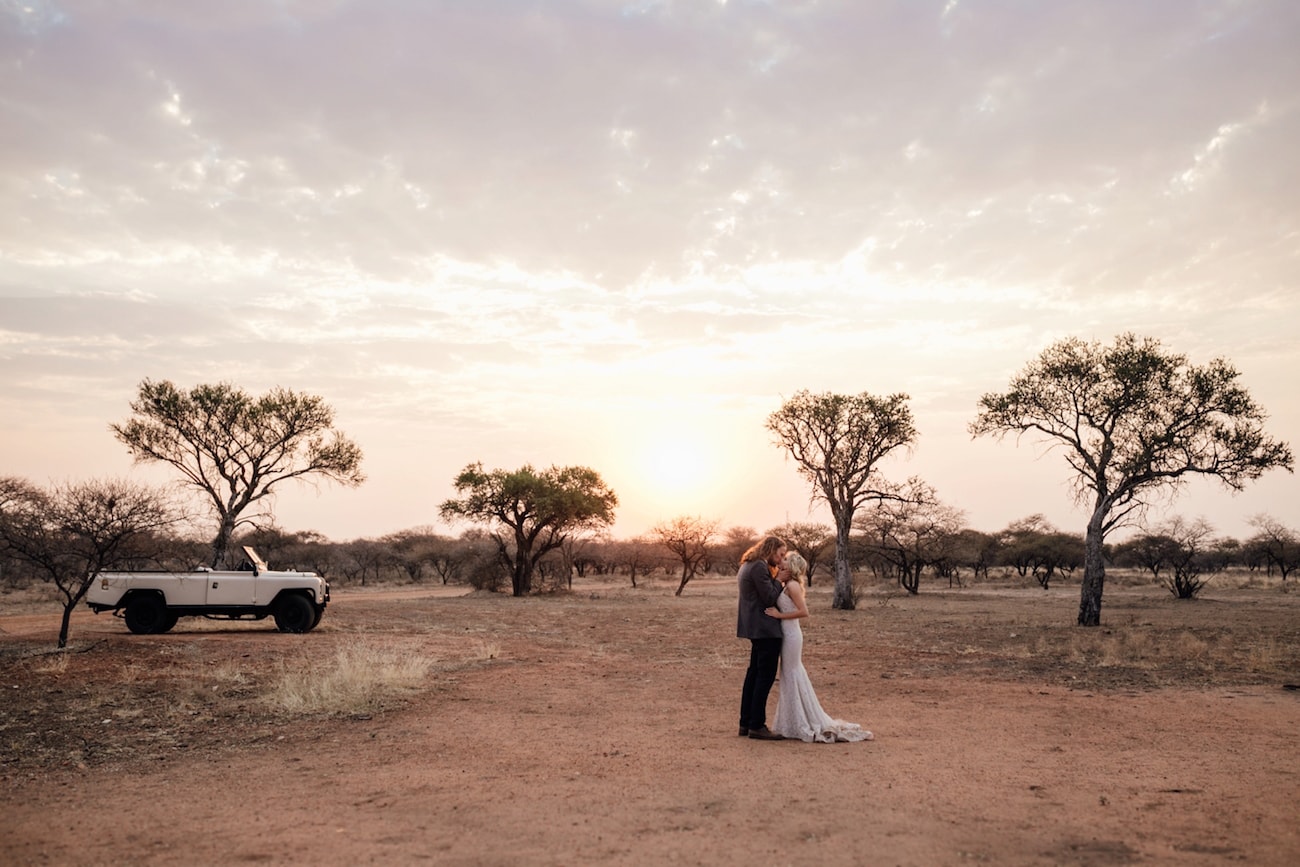 I love a wedding that speaks to a couple’s personalities, and Pieter and Nanette made sure to do just that when they planned their wedding. The duo, who the bride says “love an adventure” chose to have their big day at a destination that’s an adventure in itself, the incredible Bordeaux Game Farm in Limpopo. Due to the gorgeous bush setting they kept the details relatively simple and natural, like wreaths of greenery on the walls and beautiful foliage runners on the tables. But throughout, there was this touch of drama and sophistication (“to represent my personality a little,” says Nanette!), like bridesmaids in cheeky crop top and flare skirt ensembles, and pops of colour on the tables. But the most dramatic detail of them all was the scenery, like the huge tree under which the couple said their vows, or those vast African skies just before sunset, captured so beautifully by photographers Page & Holmes.

END_OF_DOCUMENT_TOKEN_TO_BE_REPLACED 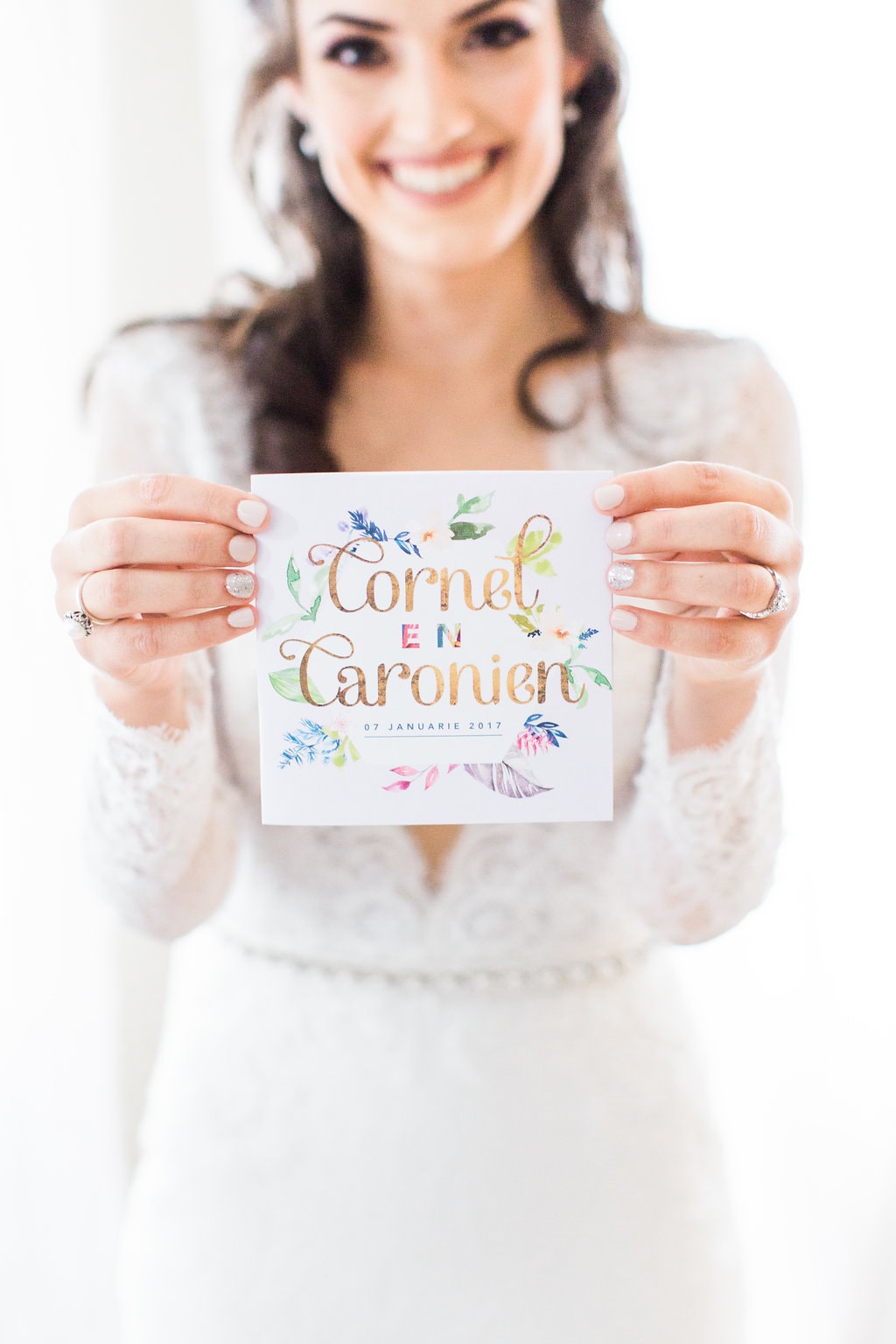 Cornel & Caronien’s wedding day was filled with colour, love, fun and beauty… and rain. Because that’s how it goes, doesn’t it? The unexpected shows up with the things you planned. But I’ll let you in on a secret: rainy day weddings are some of  my favourites. It’s like everyone takes a deep breath, lets go of expectations, and just has fun right there in the moment. And come rain or come shine, that’s just what this sweet couple did, bringing their colourful wedding to life for their guests in a country reception that was bursting with fun touches, from fortune cookie favours to a live caricature artist to late night waffles to fireworks. That was one half of the equation, but the other was sheer elegance and romance, and this element is especially beautifully brought to life by Genevieve Fundaro‘s gorgeous pics. Look out for an extra post-wedding couple shoot reshoot when the sun came out again – an awesome idea if rain does show up to bless your big day!

END_OF_DOCUMENT_TOKEN_TO_BE_REPLACED 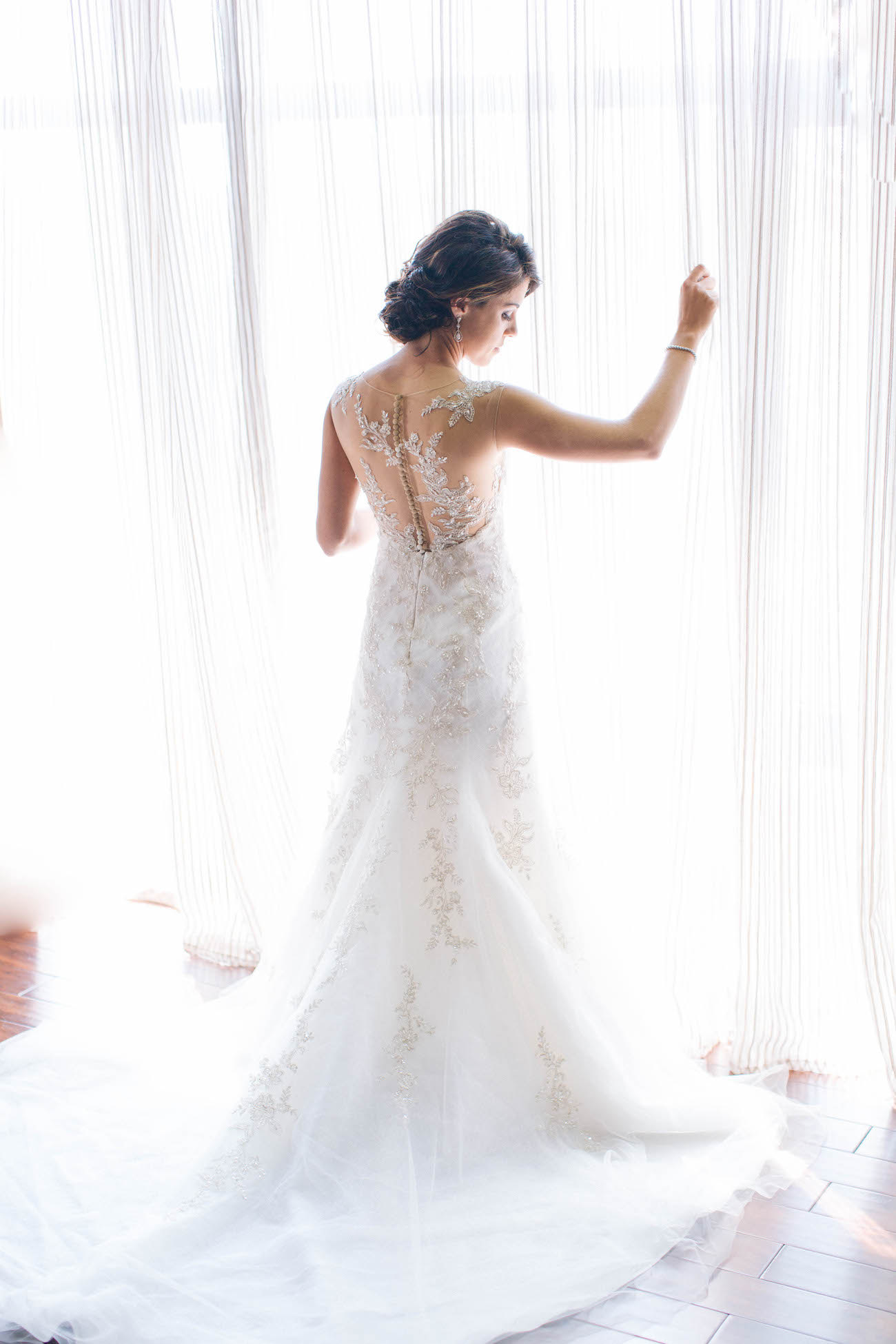 There are bush weddings, and then there is this pretty as a picture game lodge celebration in shades of blush and candy pink, captured to perfection by Charl van der Merwe. Picture a classic affair, overflowing with lush blooms, with touches of gold, its glam elegance contrasting with the rustic scenery. Then imagine a beautiful bride in a breathtaking illusion lace gown, flower girls in froths of rouge, groomsmen in stylish navy, and a handsome groom whose eyes light up at the sight of his wife-to-be. It’s the dream, isn’t it? Well, with Leona and Christopher’s big day, it’s a reality. And while we don’t have their story to share with you today, these romantic images really do speak for themselves.

END_OF_DOCUMENT_TOKEN_TO_BE_REPLACED 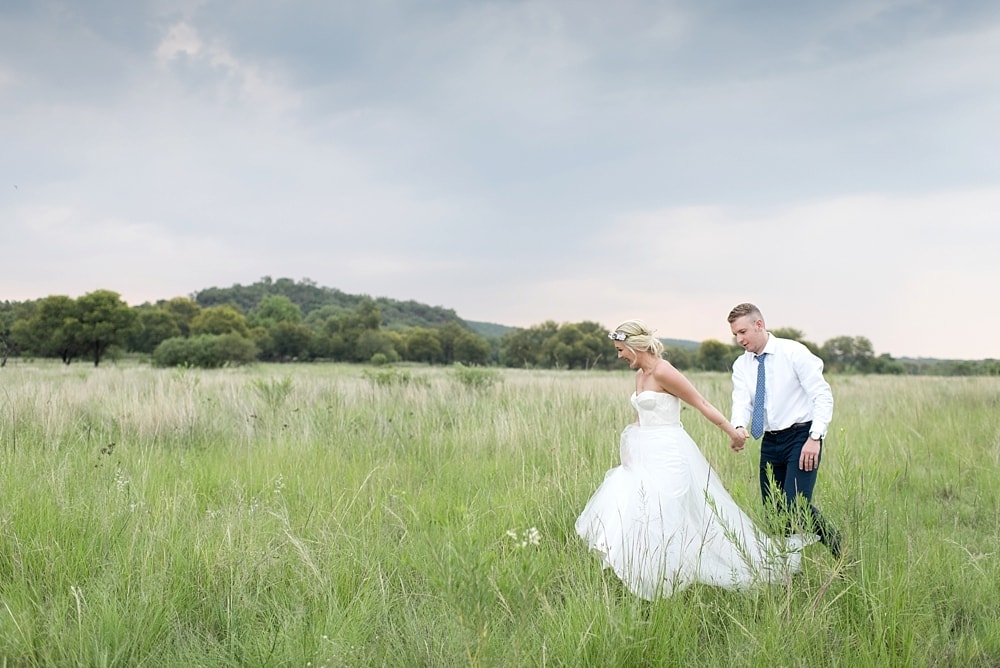 You know what I love to bits? This couple. Seriously, Dominique and Jason are so much a pair after my own heart, a twosome who love the South African bushveld and know how to throw a great party. Oh, and let’s not leave out Dominique’s love of shweshwe, which she used throughout their gorgeous wedding. Throw in a team of awesome wedding pros making the big day happen in the heat of Limpopo summer (including fab photographer Liesl le Roux), proteas, little gold safari animals, and a dreamy dress, and you have a wedding that’s as SouthBound-fabulous as you can possibly imagine! Game lodge brides and grooms take note – this is how to do a bush wedding oh so right.

END_OF_DOCUMENT_TOKEN_TO_BE_REPLACED 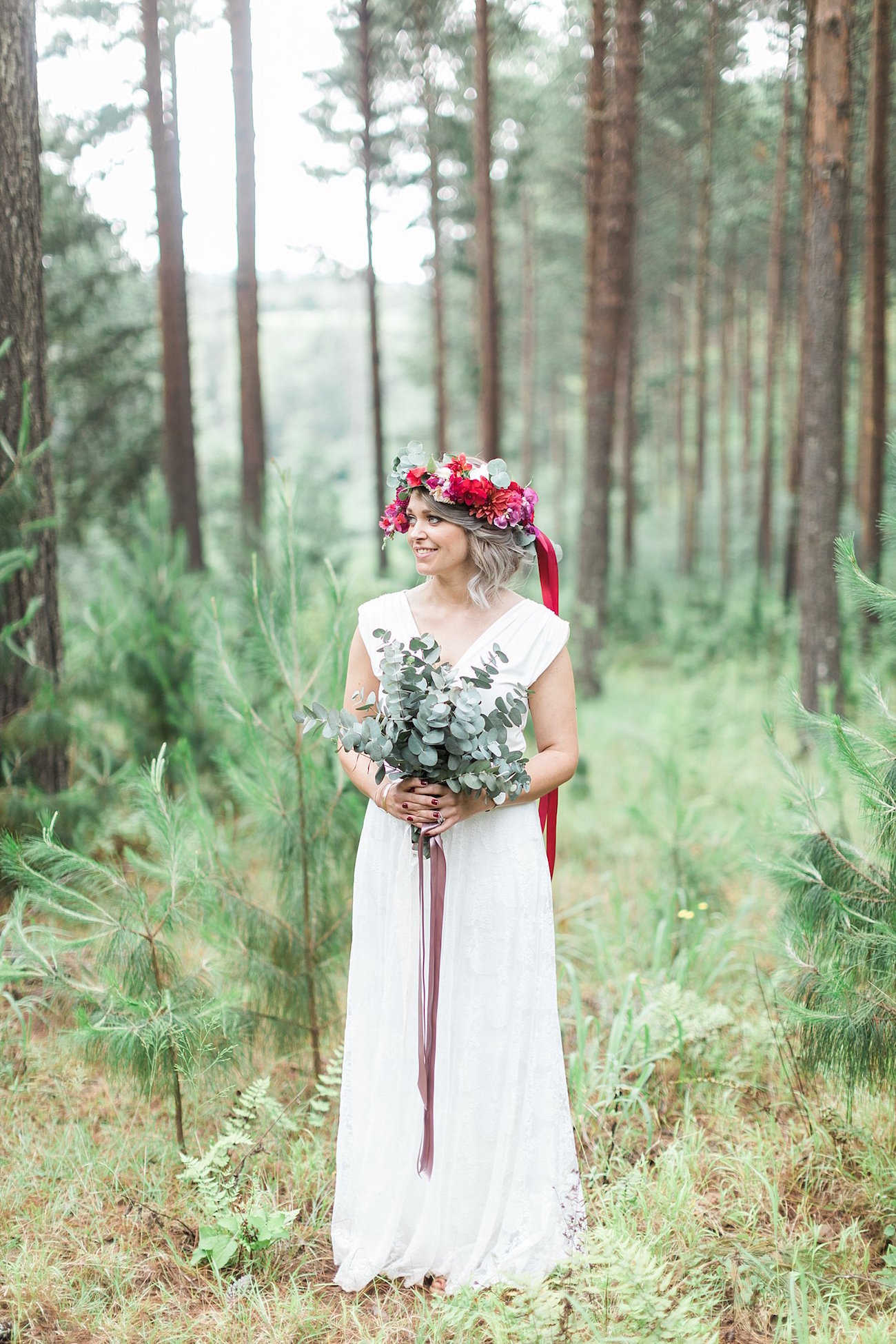 A personal, genuine wedding is a happy wedding, and a happy wedding is one that has SouthBound Bride written all over it. Today’s wedding really embodies that, and it’s making my little heart so happy right now! Andre and Lynn-Marie didn’t dream of a cookie cutter traditional wedding, or of anything glitzy and glamorous. What they wanted was simple, but awesome in its simplicity. A beautiful setting. Great food. Simple flowers (with the exception of the bridal party’s fabulous crowns and the bride’s bouquet!) Tables set under the trees. And all their favourite people sitting at those tables, laughing and chatting and having a wonderful time together. That’s it – but then again, what more IS there? After a romantic first look, they walked into the forest to exchange vows encircled by their family and friends, then enjoyed a sit-anywhere feast and ended the night with a midnight swim. And if that doesn’t sound like the perfect day, I don’t know what is! Alicia Landman took these lovely images, so let’s dive in, shall we?

END_OF_DOCUMENT_TOKEN_TO_BE_REPLACED 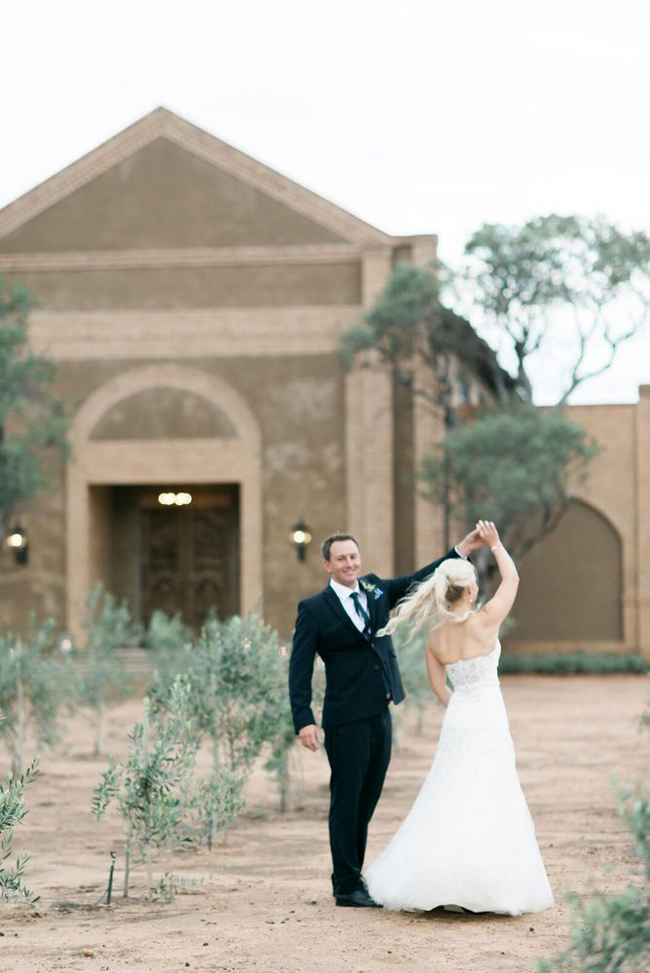 Fair warning, lovelies – your Pinterest boards are about to get a whole lot prettier (and more crowded)! I am pretty much obsessing over everything about today’s wedding, from the venue (the amazing Bordeaux Game Farm, which we love so much we included it in our SBB Collection) to the blue, white and gold colour scheme, with chinoiserie-like vases and stationery and glamorous gold flatware, to the crisp white orchids, to the bridesmaids’ gowns. It all fits together into the most gorgeous contemporary luxe whole, with the beautiful bride and her dashing groom, Allane & Wim, at its centre. And with photographer Louise Vorster there to take these fantastic images, the picture is complete.

END_OF_DOCUMENT_TOKEN_TO_BE_REPLACED 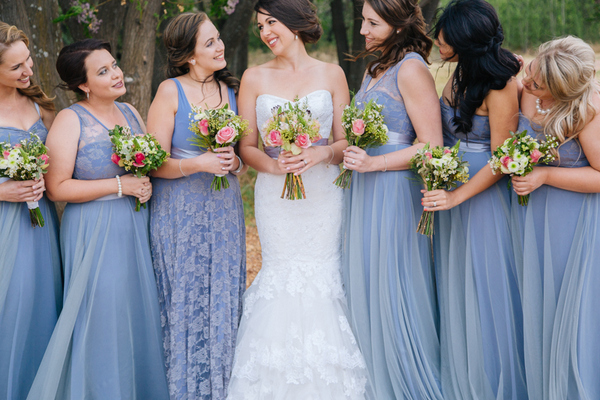 I like to think that SouthBound Brides are fashion forward, and you always prove me right, so it’s no surprise that even though she was married a few months ago, today’s bride, Alicia, just happened to choose one of Pantone’s 2016 colours of the year for her marriage to sweetheart Pieter. Instead of combining it with Rose Quartz as the Pantone folks have done though, she instinctively mixed the hue of the moment with soft shades of peach and blush, and pops of hot pink for good measure – a gorgeous pastel palette for a rustic, country vintage style wedding. That Serenity though… We especially love the way that Alicia’s bridesmaids rocked it with their Gelique gowns, and matched the bride’s pretty satin sash. Take a moment this Thursday morning to swoon through the pastel loveliness courtesy of photographer Charl van der Merwe.

END_OF_DOCUMENT_TOKEN_TO_BE_REPLACED 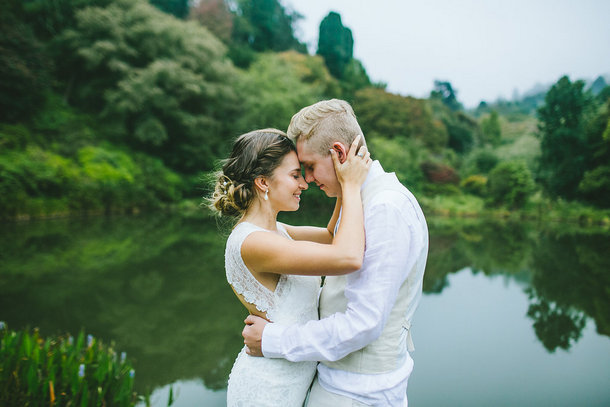 Let’s be honest, thanks to Tom Fletcher, pretty much every woman on the planet thinks that marrying a musician, who sings to you during his speech, is about the most romantic thing ever. So right there, today’s wedding was already goosebumps, since today’s groom (of SA band ISO) is just such a one. But beyond that, this rustic beauty has such an adorable sweetness to it. Zelda and Richard love birds as much as they love music, so they themed their wedding around that – even taking inspiration from the beautiful lilac-breasted roller for their palette. Throughout their country wedding there were bird-themed touches – little silver birdhouses, bird-themed tables and escort cards, and bird seed confetti (which we love, because it’s so environment friendly too). And the sweetness continued, from the DIY details to the wildflower centrepieces, on into a reception that included a cigar bar, milk & Oreo shots, and lots and lots of dancing. Hello Rademan took these lovely pictures. END_OF_DOCUMENT_TOKEN_TO_BE_REPLACED 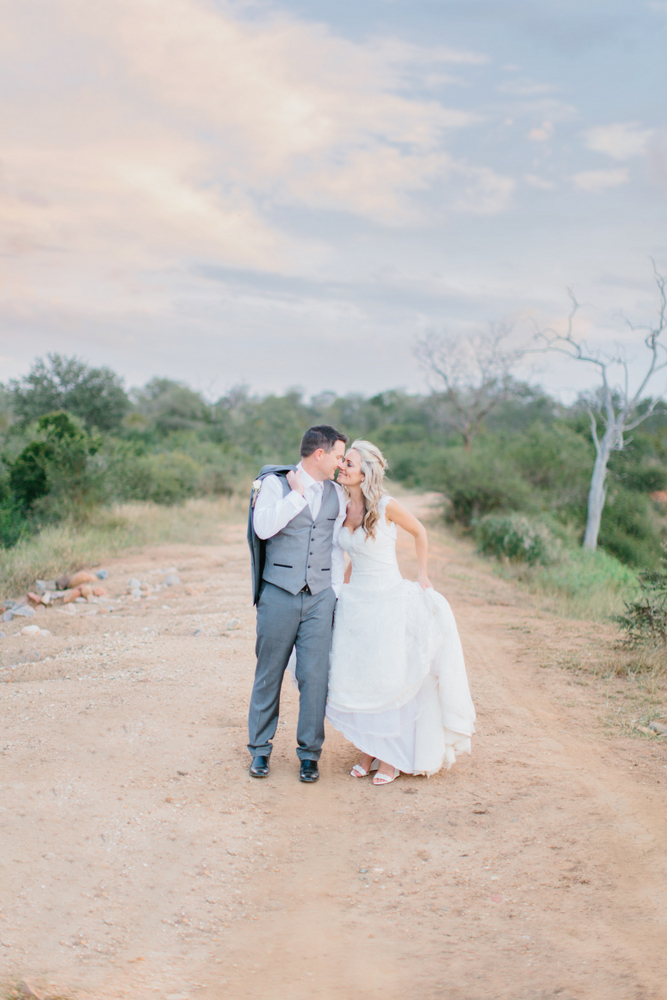 You don’t need me to tell you again how much I love the South African bushveld – as Ernest Hemingway said: “I never knew of a morning in Africa when I woke up and was not happy.” This wedding has everything I love about the bushveld – the soft, dreamy colour palette, the rustic setting, amazing animal sightings, colour, laughter, joy – and most of all, the sense of serenity that only comes under a great big starry African sky. Of course, a wedding like that needs a photographer to do it justice, and Rensche Mari does just that – these pics are super gorgeous, and show off every pretty detail of Lizel and Guy’s beautiful big day. Grab a G&T and enjoy! END_OF_DOCUMENT_TOKEN_TO_BE_REPLACED 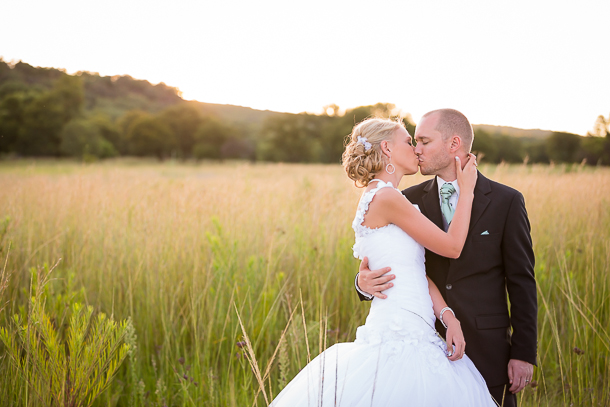 As a huge fan of our indigenous flowers, I have always wished more strelizias popped up in wedding design (that’s ‘bird of paradise’ flowers to you overseas readers) – they aren’t as versatile as proteas, sure, but they’re another bloom that immediately makes me think of home. And that’s not the only homegrown touch that Helen and Johan incorporated in their gorgeous, rustic, South African-inspired wedding – from Karoo style details like tin windmills and enamel cups, to a boma reception, this is truly a sunny SouthBound wedding. My favourite moment though? Johan picking up a guitar and singing to his bride during his speech. Not a dry eye in the house – it doesn’t get much more romantic than that! Kobus of Dreampix was there to capture every colourful moment (as he was for the couple’s farm engagement shoot, previously featured on SBB). END_OF_DOCUMENT_TOKEN_TO_BE_REPLACED